Airplanes will soon be getting bigger for domestic flights

Airplanes will soon be getting bigger for domestic flights

After 20 years of moving from larger jet airplanes to smaller 50 seat regional jets United Airlines recently announced they are reversing gears and are buying hundreds of new airplanes with a plan to replace those sardine can regional jets with full-sized Boeing 737MAX aircraft. The new airplanes are even more fuel-efficient plus they will hold almost 3 times more people  (138 – 153) and offer much more legroom, headroom, storage space, first-class seats, and economy plus. This should also make the airport runways less congested as fewer flights will be needed to move the same amount of people.

There is only one regional jet that I do not hate, the new CRJ-550 – I am 6’4” and an ounce or two north of 300 pounds so you can imagine how I feel about getting into those sardine cans they call regional jets. Once again our friends at United Airlines surprised me when they launched the new CRJ-550. This is really a fabulous ride with three giant carry-on cabinets and lots of overhead storage so no more gate-check-in of your carry-on luggage. The planes have first-class and economy plus seating plus a cool new self-serve refreshment center for first-class passengers. These planes have plenty of legroom and plenty of headroom even though they look like they have a smaller fuselage. . Please take a look at these new jets by CLICKING HERE.

Airlines launch $49 airfare sale that ends tomorrow to try to fill planes this fall – Alaska and Southwest Airlines planes are all full this summer but when school starts back up in late August the planes are empty so both Alaska and Southwest Airlines have announced some good airfare sales to try to fill up those empty seats. Southwest’s lowest fares require travel on Tuesdays and Wednesdays from August 17 through December 16 and they are blacked out around all major holidays.  As you probably already know these seats are very limited and you will probably need to be very flexible to take advantage of the lowest fares. This sale ends on Thursday, July 8.

One airline starts to move away from credit cards for payment – For years and years, I have been predicting that the airlines would someday start moving away from accepting credit cards for payment. The new world is about to begin. The giant Middle East airline Emirates is rolling out an instant direct payment method that can be used for paying for tickets that bypasses credit cards. The electronic system simply debits your bank account similar to how you might set up payments for paying for utilities and other electronic payments, thus bypassing the use of credit cards and the high fees the airlines pay to use them. On a $2000 international ticket, the airline pays an estimated $60 to pay for you to use your credit card. I think this will also quickly move into payments using ApplePay, WeChat Pay, PayPal, Bitcoin, and other cryptocurrencies as they muscle their way into the financial payment system. CLICK HERE to read more.

Airlines are on the edge of turning a profit – The major American Airlines have all been surprised at how fast the public has taken to the skies once COVID vaccines became available. It looks like the month of July will be the turning point for Southwest, American, Delta and United Airlines as they move from red ink into the black. Even though the airlines have a lower public perception than that of a used car dealer it is important that we have a healthy, safe, and financially viable air transportation system. I am glad they are finally turning a profit. CLICK HERE for more.

Cruising is starting to sail all over the world – Few industries have felt the wrath of COVID more than the cruising industry. This month almost all of the cruise lines are launching a few sailings to get moving again. Almost all the sailings I have seen require vaccination and testing. I hope these ships are successful in coming out of mothballs for the last 15 months  Call one of our friendly travel advisors (402-435-8888) to help you find the perfect vacation getaway. 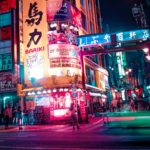