Halleluiah! All the major U.S. airlines get rid of domestic change fees –

Halleluiah! All the major U.S. airlines get rid of domestic change fees –

This is the biggest positive news from the airlines in years. On Sunday, United Airlines shocked the industry when they announced they were permanently eliminating the $200 change fee they charge for domestic tickets. Within 24 hours Delta and American Airlines both joined United in dropping the fees. I hate to say I told you so but over 3 months ago I predicted that the airlines would be forced to get rid of these fees. The airlines’ change in the direction most likely is both economic and practical. Economic, from the standpoint that United and the two other airlines want to compete with Southwest Airlines (who does not charge for changes). COVID-19 also now forces airlines to prohibit travelers from flying who might be sick or exposed to sick people, which could be actual or fake depending on if a passenger wants to get out of flying, thus practically eliminating the ability of an airline to charge a change fee. For whatever reason, this is great news. CLICK HERE to read the positive news from United.


Wait! There’s more – Just like the T.V. ads that cause you to hold your breath to hear more good news, United Airlines also announced that starting January 1, 2021, they would waive the same-day standby fee they charged people to take an alternative flight on the same day of travel. I understand Delta and American will also join in on the fun. This is better than getting the MyPillow two for one special on Saturday night television.

The new $5 COVID test that offers results in 15 minutes may be the magic needed to start international flying back up – I was excited to hear that the federal government had approved Abbott’s BinaxNOW™ COVID-19 Ag Card for detecting active coronavirus infections on a massive scale. The company is planning to make tens of millions of tests available this month and ramp-up to 50 million tests in October. I predict that airlines will require that international travelers use these or other tests before they allow international travelers into their country. One cool feature of these tests is that they are tied to a free app on your phone which allows people to display their test results to officials to prove they are COVID free. This is more great news that hopefully will be the start of seeing a thaw in both domestic and international travel. CLICK HERE to read more about this new test.

Travel to Hawaii is almost a lost cause this year – With COVID-19 all but shutting down international travel most of this year, many people thought that travel to Hawaii would move to the top of everyone’s list. Unfortunately, last week the government of Oahu (Honolulu)  once again implemented a stay-at-home order which effectively kills all visitors from visiting Hawaii and sadly kills thousands of jobs. This might be almost as bad for Hawaii’s economy as the bombing of Pearl Harbor during WWII. Thousands of hotel workers and restaurant workers and tourist businesses are completely shut down. This is a very sad situation.

It is about to get real ugly if you own a Marriott hotel – The travel industry has been one of the hardest-hit industries from COVID-19. The airlines are suffering billions of dollars in losses and next month they will furlough tens of thousands of workers. The hotel industry is not far behind in the economic suffering caused by the virus as thousands of hotels have closed and others are holding on in hopes things change soon. Perhaps the biggest potential loser in the hotel industry may be Marriott branded hotels and their thousands of hotels around the world. It is estimated that 2 out of 3 (65%) travelers who stay at Marriott branded hotels are business travelers. As you have read, many large businesses, even now to the end of the year and beyond, are prohibiting any travel except emergency or essential travel. This means that Marriott branded hotels are hemorrhaging cash and many will have few options to survive from this COVID-19 induced travel industry depression. Some experts are saying you are about to see a blood-bath this fall if you own a Marriott hotel.  I hope they are wrong. CLICK HERE to read more about how corporate travel is being affected by the pandemic. 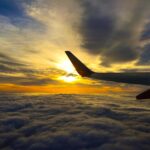 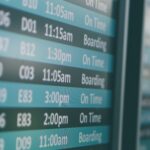