Many people do not realize how much risk they are taking when they book a ticket on a budget airline to fly during the holiday season. The problem with budget airlines is that when they break down or have weather problems no other airlines will back them up and provide their customers with alternate flights. So if you fly on Allegiant, Spirit, Southwest, and other low fare carriers and they have a mechanical problem or flight delay that keeps them from flying because the pilots have run out of flying hours you are stuck and have to wait until the airline has empty space to rebook you. During the holiday travel season, the airlines run 100% full on most flights. This means you might have to wait 4 or 5 days to find an empty seat. Compare this to flying on a major airline such as United. If they cancel a flight they will try to get you on another of their flights however, they have reciprocating agreements with Delta and American to get you home if the other airlines have seats. You might be O.K. to be stuck for an extra 5 days in sunny Phoenix in the winter but what about if you are stuck in Fargo, ND?

Would you pay $2000 and fly a flight to nowhere just to earn 1K Elite status on United Airlines? – A good friend of mine is only $2000 away from earning 1K elite status on United Airlines frequent flyer program. The question he is asking himself is should he spend the $2000 before the end of the year and take a flight to nowhere so he can earn IK status. Well my question to him is what does being IK give you and how much is that worth? Turns out 1K status on UA gives you almost unlimited free first class upgrades on domestic flights plus free companion upgrades, free luggage, waived same day change fees, and the biggest benny is you get 320 Plus Points that can be used for international business class upgrades.  I estimate the value of this perk alone at over $10,000 if you fly three international flights per year. The bottom line is that spending $2000 on flights from Lincoln – DEN-LAX-EWR-ORD-LNK is the best investment you can make if you have the time and plan to travel a lot internationally in 2022.

It appears all the airlines are real skittish about filling up planes this winter – Simply look around and you see airfare sales from Southwest and Alaska Airlines left and right. American just announced they are making drastic cuts in their international service. I think after the holidays there will continue to be empty seats that the airlines will be crossing their fingers in hopes that the virus starts to reverse course and Americans start traveling again. I plan to take advantage of this opportunity by traveling to Europe for a couple of meetings in the next month or two. You can still find some valuable business class seats using your miles so it is a great time to travel over the pond.

Delta Air Lines voted the best airline by Business Travel News – Delta Airlines continued on its 11-year streak to be the top domestic airline as voted on by corporate travel managers in the recent article in Business Travel News. United Airlines was the second-rated airline followed by American and then Southwest Airlines. United Airlines appears to be making the most dramatic improvement in the survey and is in line with their CEO statements that they plan to be the best airline in the skies in the coming year. Naming the best airline is kind of like naming the best used-car dealer. It is not a trophy that has much shine to it. CLICK HERE to read more.

Executive Travel is planting one million trees – Our newly launched ETGreen program was just recently launched and we have committed to planting one tree for every airline ticket sold as a travel management company on behalf of our customers. This is our way to help offset the carbon footprint of flying. We have a short video about the program you can watch by CLICKING HERE. 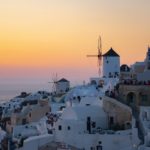 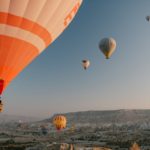