We are about to see a monster airfare sale launched in May. The airlines are just holding their breath for the right time to pull the trigger on a massive airfare sale to get people traveling again once the government lets the chokehold off of the economy. I think in a few weeks the airlines will come up with fares as low as $39 one way throughout the U.S.. My crystal ball says this sale will try to fill empty seats in May, June, and July. Basically, the first 90 days will be the focus of the sale, they want to get people in their planes fast.

There is one major problem for the airlines known as “What comes first, the chicken or the egg?” –

The airlines have had almost zero traffic for the last month. Naturally, they have taken thousands of planes out of commission and parked them on every empty tarmac they could find around the world. It is estimated that less than 10% of the flights are flying today that did at the beginning of the year. So the question becomes, do they start adding those mothballed planes to the schedule after they see an increase in reservations or before the planes fill up? My guess is they will slowly roll out new flights as they see reservations start to build. I worry that they will announce the “BIG BOOM” airfare sale and there will not be any seats left to buy, making customers madder than a mule chewing on bumblebees.

Airfares this fall will be very high once the “BIG BOOM” sale is over. You see the airlines slowly bring back additional flights and they will want to maximize the revenue on those flights. If the economy is still very slow with people out of work, that means business travelers might be the first ones back in the saddle and they are not as price-sensitive as leisure travelers who often will respond to taking advantage of a great deal. I worry that airfares from August to December will really be expensive.

Most people moved their spring vacations to this fall  –

Many people who had their vacations interrupted in March, April and May simply moved their vacations from the spring to the fall. That means planes will be full this fall and prices will be high. I think that vacation travel will start up heavily after August. I think once the government announces the “coast is clear”, people will rush massively to soak up the sun with outside activities in May, June, July, and August. Once Labor Day hits, the switch will turn to fly again and people will jump into these vacations they postponed from the spring. I hope the airlines have their full fleets operational by then.

Currently, most planes still left flying are pretty empty. However, once the “BIG BOOM” airfare sale is announced in May the available seats will be gone faster than a toupee in a hurricane. You can find flights to use your miles for the next 30 days however, the airlines are not offering many frequent flyer seats after that as they are hoping people will be back to buying seats by then. Right now they just want butts in seats any way they can find them.

There is so much uncertainty about the direction of the virus around the globe that I think many people even if they do fly will travel closer to home and to areas where they are more confident. Once this pandemic is under control, I think there will be a giant pent up demand for domestic travel that will hit this year and then it will be followed by travel internationally in 2021. Let’s keep our fingers crossed that life will soon return to normal. 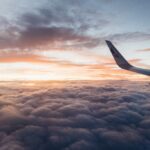 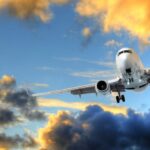