This past Friday word snuck out that the European Union was planning to shut down non-essential travel from Americans. They say they are making this decision based on the idea that the U.S. has slightly more than 75 COVID infections per 10,000 people, a whopping .0075 percent. I think this is more about politics than science. You see the U.S. has still not opened its doors to travelers from the European Union despite the promise to do so in April. Based on that promise the E.U. opened their doors to vaccinated travelers this spring anticipating the U.S. would reciprocate.  Well, the Biden administration is dragging their feet and the E.U. said two can play this game. Now international travel to Europe is toast until the cat and mouse game is finished. CLICK HERE to read more.

It appears fall and winter travel may fall off a cliff – With the announcement that the E.U. is shutting down travel from Americans and the rise of the Delta variant of COVID keeping many offices from opening up after Labor Day, the travel industry appears to be headed toward another downturn this fall and winter. There are still a few conventions and meetings on the books in the fourth quarter and first quarter of 2022 which will give us a little hope but the rebound in business travel appears to be a see-saw until the spring of 2022 and experts and airlines say the improvement will be slower than hoped just a few months ago. The good news for travelers is this may push airfares lower as empty seats bring great pricing across the board with airfares and hotels.

Delta charging employees a $200 monthly fine if not vaccinated – The airline known for its southern charm is playing hardball with their employees who have decided not to be vaccinated for COVID. They argue that this helps cover the medical cost of people who are hospitalized and not vaccinated. The next logical step is for Delta to come up with a plan to penalize their travelers for not being vaccinated. How about if you are not vaccinated you must sit in a middle seat, cannot use the bathroom during the flight, do not receive snacks or drinks during the flight? I am of course exaggerating to make a point that I think Delta is going too far.  In summary,  I support people who get the vaccine and I support the people who decide not to take the vaccine. I just think we all need to have respect and tolerance for each other whichever side of the fence you are on.

It is great to see the airport lounges start to open up again – On a recent flight through Chicago (ORD) I was pleased to find that many of the United Club lounges were open. I have used the United Club by Gate B6 and also was pleasantly surprised to see the United Club by F7 was open. It is reported that July and August United opened Clubs in San Francisco, Honolulu, Cleveland, Orlando, Austin, Fort Lauderdale, Las Vegas, New York LaGuardia, and San Diego clubs. Delta has opened up many of its Clubs and American has followed closely and also has opened their international airport lounge. My guess is the United Polaris Club for international business class travelers will probably stay closed until international travel picks up next year unless they feel the heat of their competition’s international clubs being open and open the Polaris Club this fall. P.S. I was tickled to see that United served hot dogs and ham and cheese sandwiches at the United Clubs. Sometimes simple is best. 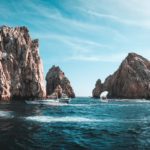 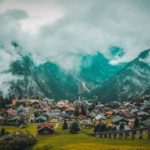