The tragedy of the Russian invasion of Ukraine will affect people, countries, businesses, and history. Here are my eight takes on how it will affect the travel industry:

1. Airfares will start climbing this week – Russia supplies much of Europe with energy. The war has caused oil prices and jet fuel prices to skyrocket. This is bad news for the airlines as just as they were exiting from COVID now they face rising jet fuel prices which will result in them raising prices to cover the higher costs.

2. Inflation will hit double digits in all areas of travel, including airfares, hotels, car rental, and food – I hope I am wrong,  but Government spending will increase by billions to help with the war and to help out displaced Ukrainians. Add that on top of the 7.5% increase in inflation we saw in January and I don’t know how we can slow down inflation.  This means the average business trip is about to jump up by $100 and maybe as much as $200 in the near future.

3. Travel to Russia is totally eliminated for the next 5 years – If you had traveling to Russia on your bucket list you better find a new bucket. Russian airline Aeroflot is being banned around the world. Delta who had a codeshare with Aeroflot cut ties over the weekend. Everything from Russia is persona non grata. Even Ohio has banned Russian Vodka from the shelves. I think Russia is the new Cuba as far as travel goes from Americans.

4. Flights around the world will get much longer – Many flights from Europe to Asia, China and Japan often flew over parts of Russia to take direct routes. Now authorities are warning not to fly over Russia which can add many hours for flights that have to vector south of Russia to get to their destinations.

5. Americans are getting a good education in the geography of Eastern Europe – Let’s face it. Most Americans can’t show you where Wyoming (or even Nebraska) is on the map yet alone where Ukraine, Bulgaria, Moldovia, Hungary, Slovakia, Belarus, Lithuania, Latvia, and Estonia are located. I found myself looking at a lot of maps this weekend as well as brushing up on European history.

6. This will put a 30-day pause on new reservations to Europe – Europe was buzzing with activity in February as COVID was on the fast decline. The uncertainty of war will keep European travel in a holding pattern until things get sorted out in the coming month.

7. Travel within the USA is going to accelerate and get a lot more expensive real fast – People want to travel as they have been cooped up for two years. If there is a caution light in Europe then they will stay closer to home for the second straight year. Prices are already going up like a rocket. Don’t procrastinate to make your reservations if you hope to take a trip or two this year.

8. Most Americans overreact to conflict as they do not know geography – I recently told someone that I was planning to fly through Istanbul, Turkey on a flight to Dubai. They were very alarmed and said I should not fly that route as it was too close to the Ukraine war. The distance from Istanbul to Kiev, Ukraine is the same distance that Chicago is from New York City. It is nowhere close to the war and should have little effect on flying through Istanbul. 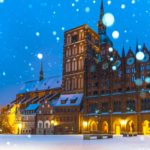 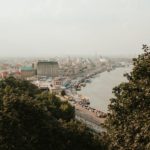