Warning! Transferring your frequent flyer miles to a friend is a giant rip-off

Warning! Transferring your frequent flyer miles to a friend is a giant rip-off

This last week I received a colorful email from an airline saying they would provide a 20% discount to transfer my airline frequent flyer miles to a friend. Now here is the fine print: The cost for me to transfer 25,000 miles (enough for a round-trip domestic ticket) is $375 less a 20% discount for a total cost of $300. Why would anyone in their right mind spend $300 to gift miles when they can simply go to the airline’s website and issue a ticket using their own miles in a friend’s name without paying the $300?  Besides, the cost for many roundtrip airline tickets for travel is often much less than $300. Please don’t ever pay to transfer miles to a friend. You are basically pouring money down the drain.

Airfare sales popping up almost every week – It looks like the airlines have a lot of empty inventory between now and December 15th, notwithstanding the week of Thanksgiving. Southwest Airlines has been promoting their wanna-get-away fares starting as low as $59. Alaska Airlines just finished a buy-one, get-one-free sale yesterday. You can expect to see good prices offered until most of the empty seats are gobbled up by Thanksgiving. I also think the airlines will launch new sales for travel this winter in the coming weeks.

Steve’s Travel Tip #88 – Take the new train from Denver Airport to downtown Denver – The new Denver light rail train is the best way to travel to downtown Denver. It costs $10.50 each way compared to paying $50 to $60 for a cab or Uber. The train leaves every 15 minutes and it is smooth and quiet. It only takes about 40 minutes for the trip which will also save you a lot of time as cabs get stuck in rush hour traffic.

USA to open borders to International Travelers in November – On Monday the White House announced that they are planning to open up travel into the U.S. from international travelers that are vaccinated sometime in November 2021.  I was hoping for an October opening but November still beats nothing. The exact date of the opening should be announced in the coming days.

Hotels continue to struggle filling rooms and may see a bloodbath this winter – Things looked up for the hotel industry earlier this summer as people were optimistic and wanting to spread their wings after a year of being stuck inside. Hotels in “sun and fun” destinations as well as hotels along major highways, parks, and tourist areas were full. Things took a big step backward this fall as the kids went back to school and the DELTA COVID variant raised its ugly head. Now it looks like the hotel industry is facing another 9 months of low occupancy and losing money.  I have seen hundreds of hotels up for sale in the last 6 months and it may be only the beginning. We have seen hotel rental rates moderate in the last 30 days so what is bad news for hotels may be good news for travelers this fall. 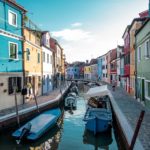 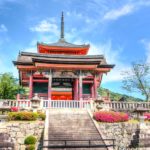