This last week we had a customer who found an amazing airfare from Florida to Chicago for $36 one-way. The funny thing is that the fee for their luggage was $50. Basically, the cost of sending the bags was more than sending the person. Ironically some airlines’ service is so bad they treat people as self-loading freight. Maybe that is why they charged less for the person flying than the bags as they have to schlep the bags.

The massive elimination of flights to smaller airports that I predicted is happening quickly- This past week I saw the first of what will be many announcements that airlines are pulling service from smaller cities (under 300,000 population). Last week, American Airlines presented a new list of 15 airports they were pulling service from. I am estimating that up to 200 airports will lose service from domestic airlines in the coming months. If you live an hour or two away from a large regional airport and have service in your smaller airport, you better be prepared to drive a couple of hours in the future before you fly as small-town airports are about to become extinct. CLICK HERE to find out which 15 cities are losing service.

Will California kill Uber and Lyft? – These two ride-sharing giants came within hours of pulling service out of California as the state legislature passed bills that forced the companies to designate their drivers as employees rather than independent contractors. Basically, this takes their whole business model and turns it upside down by adding billions more in cost. Both these companies have been hemorrhaging billions of dollars every year already, so this may have been the straw that broke the camel’s back. A judge stepped in at the last moment and delayed implementation, which will allow a ballot initiative in November to decide the issue. I really think that Uber and Lyft are not sustainable until driverless cars become viable options for replacing drivers. Will Uber and Lyft be able to hold on long enough for driverless cars to become widespread?

It is time to start dreaming about travel again – It appears that many people are slowly moving away from the fear of COVID-19 and starting to look at living life again. Now we need to start dreaming about travel with the hope that 2021 will be “heading” back into the new normal. I think after Labor Day people will start dreaming of places they plan to visit in 2021 and beyond. I really think that we are about to see a BIG surge in travel after the first of the year. I never thought I would say this but I can’t wait to be on an airplane again. I do my best business dreaming when I travel.

If a dog comes up to you and starts sniffing you at the airport you may have a problem – In the past dogs have been used to identify drugs and bombs in airports. Well, it turns out they also can be retrained to detect COVID-19 in airline passengers. Dogs are now being used in the Dubai airport as part of the secondary screening of passengers arriving from high-risk countries and passengers who display COVID-19 symptoms. If you think you might have a COVID risk when you fly you may want to have a few dog biscuits in your pocket for your friendly dog when they come sniffing. CLICK HERE to read more. 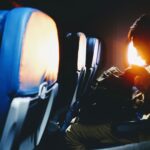 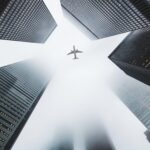